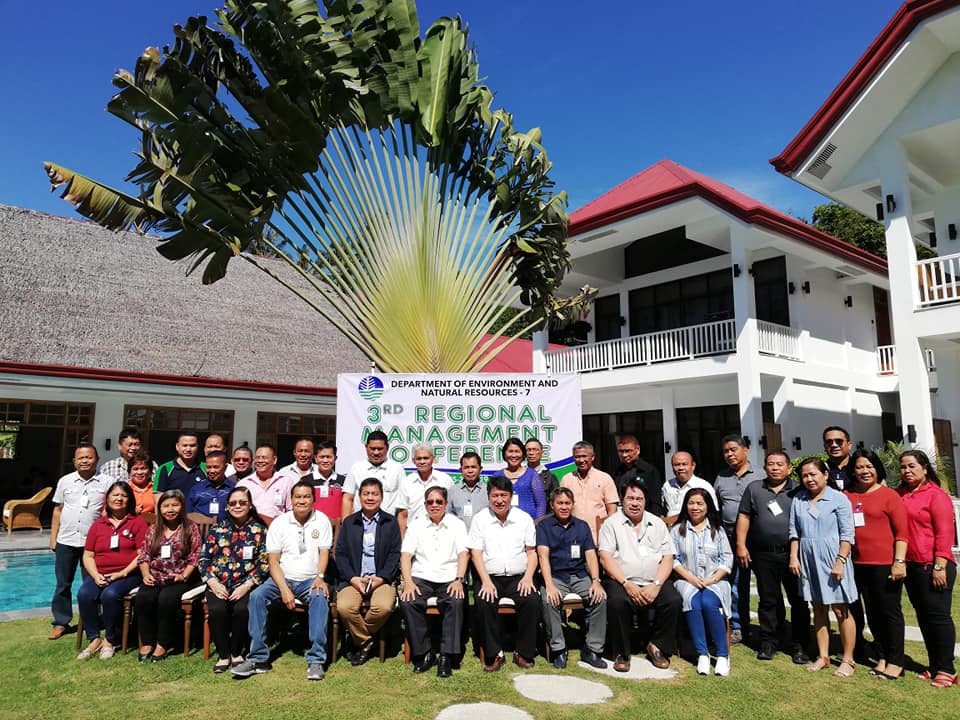 DENR 7 conducts its 3rd Regional Management Conference for 2019 led by newly appointed DENR 7 Regional Executive Director Paquito Melicor, Jr., DENR Assistant Secretary for Field Operations Visayas Marcial Amaro and DENR Internal Audit Service Director Rolando Castro with the full participation of all officials and Division/Unit Heads of the regional office and the field units to discuss the status of mid-year financial and physical performance of the department and plan out the set of activities and programs that is up for the 3rd quarter implementation.

RD Melicor who spearheaded the DENR Central Visayas Regional Conference for the first time thanked Asec Amaro and Dir. Castro for the support they showed for DENR 7 programs and activities.

In a brief message, ASEC Amaro urged the DENR 7 key officials to stay focused on the implementation of the priority programs of the department and reiterated the importance of sustaining a good partnership and collaboration with local government units. He further added that DENR should exert more effort in engaging LGUs in its programs, projects and activities to encourage them to be at the forefront in the environmental protection efforts and enforcement of environmental laws.

After the management conference, the officials are set to visit the DENR 7 mechanized nursery facility in Banban, Ayungon, Negros Oriental. 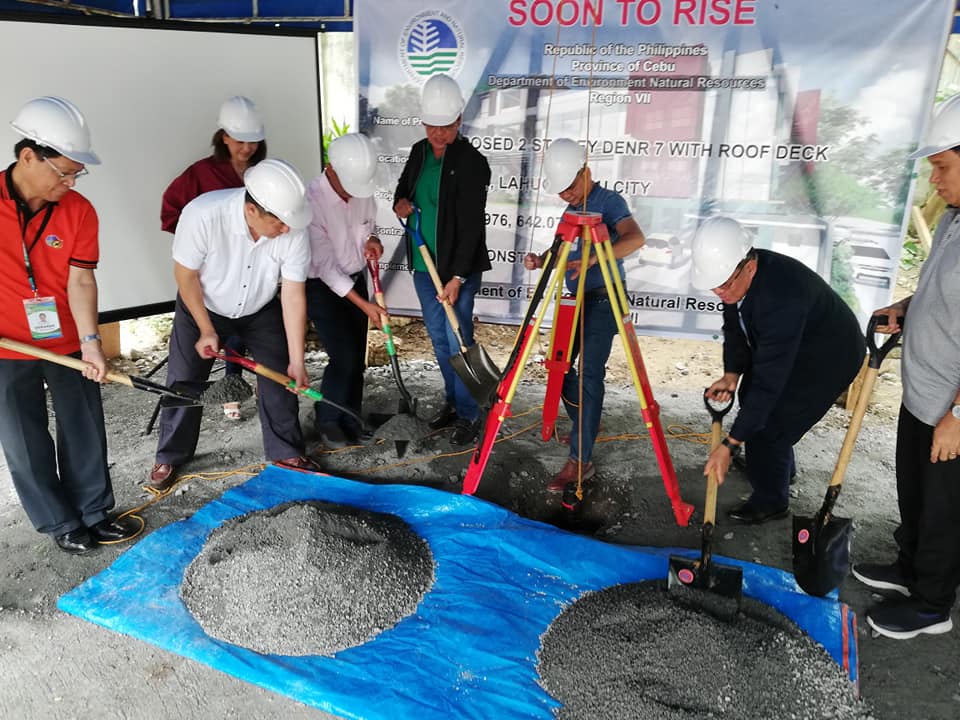 In a statement, RED Melicor thanked all DENR officials especially ASEC Gonzales for making the way for the realization of the project.

ASEC Amaro, in his message highlighted that providing comfortable and sound working environment to personnel is a boost on the morale and motivation of the employees to perform better and become even more productive in pursuing the mandates of the department. 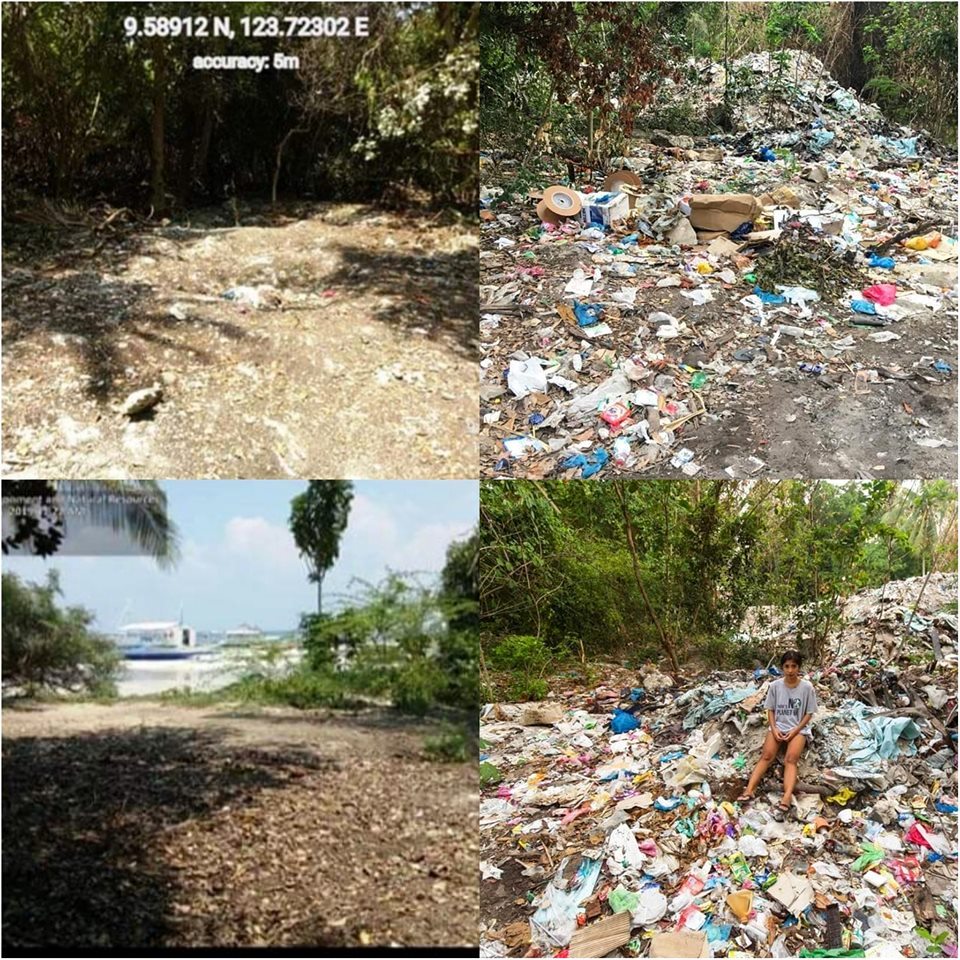 DENR-7 PENRO and CENRO personnel immediately investigated the open garbage dumping area in Brgy. Doljo, Panglao, Bohol. The said dumpsite was seen by volunteers of the International Coastal Clean-up last September 21, 2019, the Plastic Free Bohol group. The local government unit (LGU) in Panglao, Bohol conducted a clean-up in the said place after it was posted in the social media.

Pursuant to R.A. no. 7160, Section 388, otherwise known as the Local Government Code, Barangay officials should enforce the laws and regulations relating to pollution control and protection of the environment.

RED Paquito Melicor Jr. said, "Solid waste management is now the responsibility of everybody. We should handle our own trash. Segregation of biodegradable and non-biodegradable is one of the solutions we have to practice in our own households. And saying “No to Single Use Plastic,” be a part of our lifestyle.

Established a Material Recovery Facility in barangays, coordinate with your municipal/city officials, involve the community and partner with stakeholders in waste management. DENR is always ready to give technical assistance to all LGUs in the implementation of the approved 10-Year Solid Waste Management Plan.

“The Environment Department is very thankful for your active support in helping to improve the quality of our water bodies. Whatever we do to our environment will eventually affect us in many ways”, he said.

RED Milla also underscored that the conductof cleanup drive will need the involvement of community for them to realize the need tO reverse the worsening condition of rivers and other water bodies.

Clean Water is one of the ten (10) priority programs of DENR Secretary Roy A. Cimatu which aims to improve water quality of priority rivers and other critical water bodies including lakes and bays through continuous massive clean up, monitoring of industries and rehabilitation of esteros and rivers./DENR-CENROBago

The Department of Environment and Natural Resources (DENR)ZamboangaPensinsulathru the Community Environment and Natural Resources Office (CENRO) of Zamboanga City, in coordination with the office of the Register of Deeds and local government unit officials awarded186 land titles to qualified recipients from Barangay Tolosa under the HandogTitulo Program.

Vice Mayor Agan congratulated the beneficiares and told them to take care of their land titles as this can be used as collaterals in times of need.

CENRO Montebon, on the other hand, invited others who still do not have land titles to visit his office to apply as the office provides free land survey services to qualified applicants.

"Please feel free to visit our office for your titling needs or concerns,"CENRO Montebon said.

The beneficiaries were all happy and contented for finally receiving the titles to their lands.

A total of 186 land titles were awarded consisting of 90 Agricultural Patents and 96 Residential Free Patents.

The conduct of the HandogTitulo Program is in line with the mandate of the DENR to administer, manage and dispose public lands in favor of qualified beneficiaries pursuant to Act No. 218 dated September 2, 1901 entitled "An Act Creating the Bureau of Public Lands." It was also held in celebration of the 118th anniversary of the Land Management Bureau. (rt)