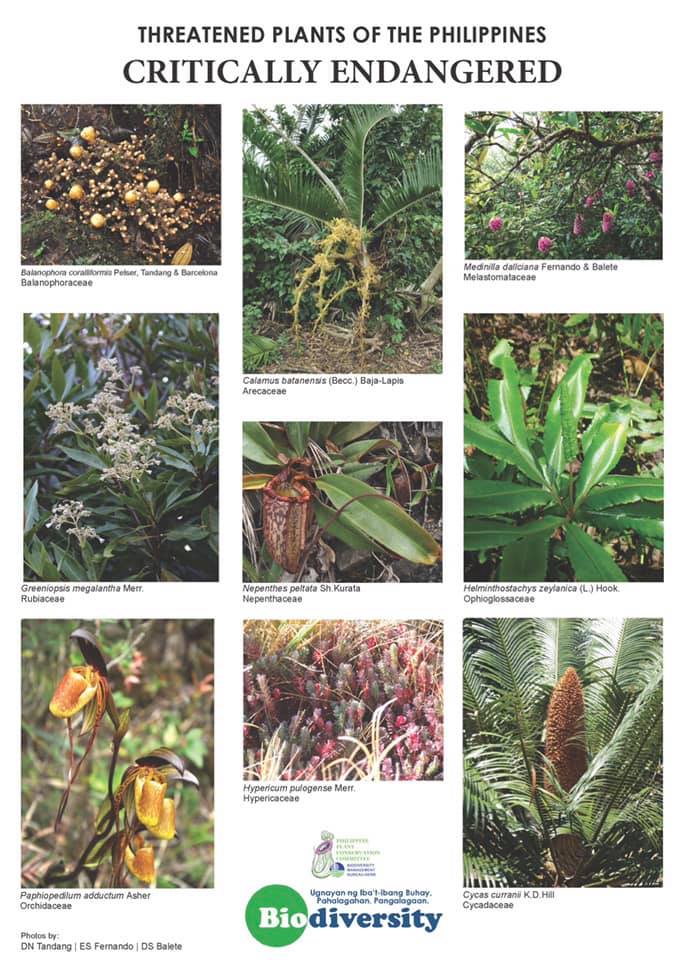 With the alarming trend of illegal trade of endemic and threatened wildlife plants amid the COVID-19 pandemic, the Department of Environment and Natural Resources (DENR) 7 has reiterated its call to the public to immediately report illegal poachers and collectors of wildlife, whether plants or animals.

"Cutting, collecting and gathering wild plants in the forest is a violation of Republic Act 9147 or the Wildlife Resources Conservation and Protection Act," said DENR 7 Regional Executive Director Paquito D. Melicor.
According to Melicor, DENR is responsible for the protection of wildlife from poaching and illegal commercialization, and while DENR wildlife enforcement officers are working closely with partner enforcement agencies regionwide, they also seek the help of the public to tip or report violators in their respective areas.

DENR 7 Wildlife Enforcement Officers under the monitoring units in seaports and airports and all the deputized wildlife enforcement officers in the four provinces in Central Visayas were also directed to intensify monitoring and surveillance activities. "We want to remind everyone that collection and trade of threatened species are prohibited unless such acts are covered by a permit issued by the DENR, please help us protect our wildlife by not patronizing and reporting these illegal activities," he said. He added that the increasing demand of unattended and unregulated trade of wild flora/wild plants in the market results to the detriment of the number of endemic and threatened wildlife plants in our forests or loss of biodiversity.

Because of the economic impact of COVID-19 pandemic, communities in rural areas resorted to poaching of wild plants as alternative source of income and have them sold to interested buyers.
Under RA 9147, the penalty depends not only on the act committed but also on the conservation status of the wildlife.

Below are some of the commonly traded wildplants. 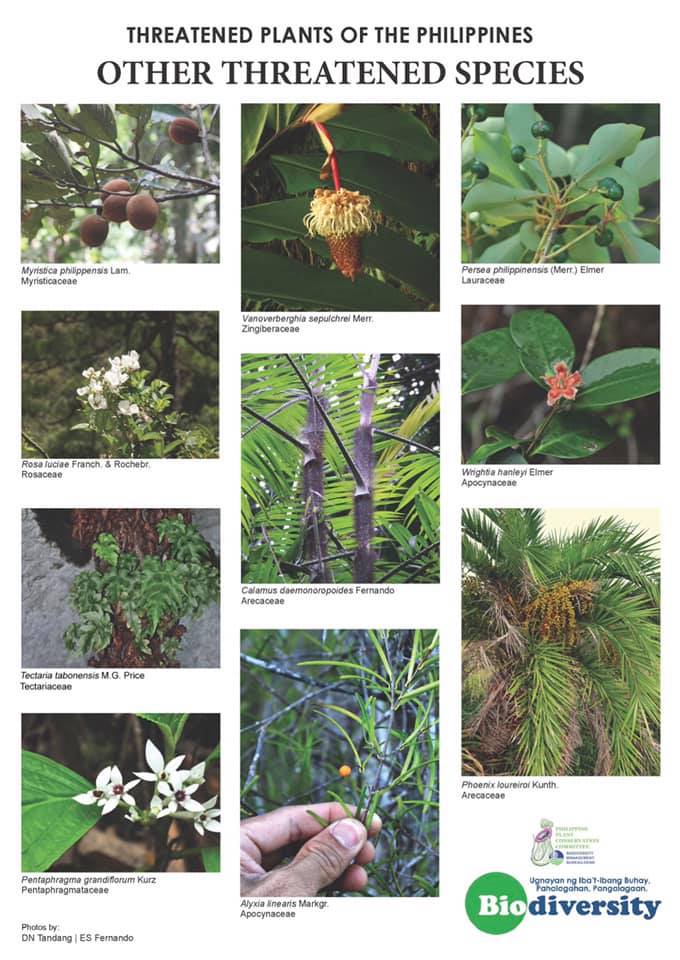 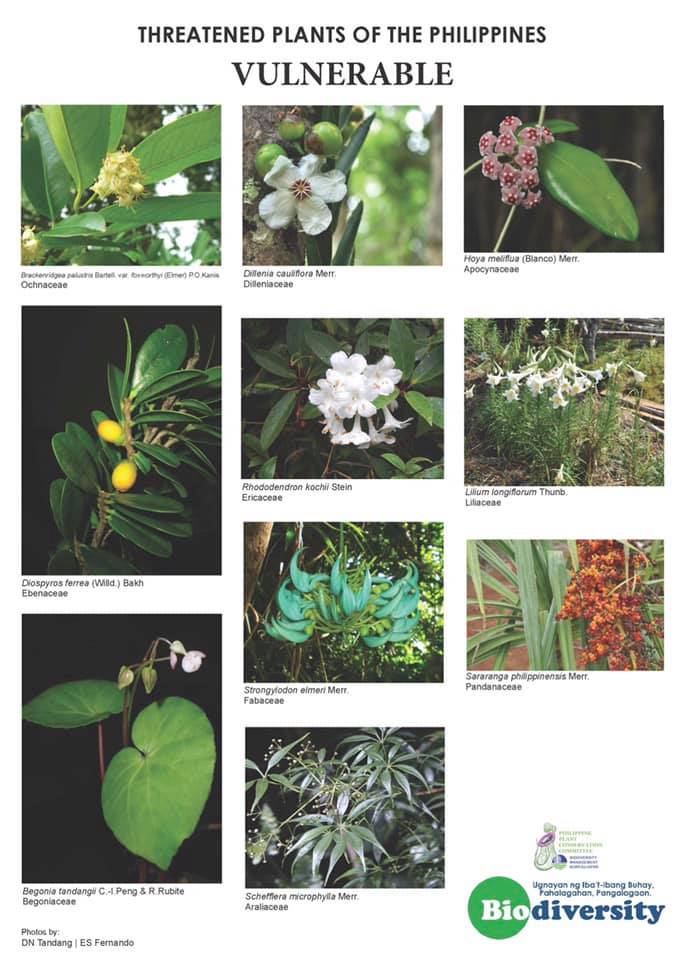 He directed the DENR-Environmental Management Bureau in Region 7 to conduct a water quality sampling on waters below the conveyor at the shiploading facility, and ambient air quality.

He also ordered the Provincial Environment and Natural Resources-Cebu to conduct a coral assessment to determine the health condition of the corals which was the subject of the complaint by the Provincial Government of Cebu.

Cimatu also instructed the DENR-Mines and Geo-Sciences Bureau (MGB) in Region 7 to convene the Provincial Mining Regulatory Board of Cebu chaired by MGB-7 Regional Director to discuss mining related concerns.

There was no ongoing mineral processing and shiploading operations during the inspection.

DMC, the only large-scale producer of dolomite materials, is a holder of a 25-year Mineral Production Sharing Agreement (MPSA) denominated as MPSA No. 208-2005VII covering 524.6103 hectares of dolomite property located within the municipalities of Alcoy and Dalaguete, Cebu and to expire in 2030.

PMSC is a holder of a mineral processing permit denominated as MPP-007-2005VII which will expire in 2023, undertaking the crushing and screening of the raw materials.

DENR to establish another 500- hectare bamboo plantation in Bohol 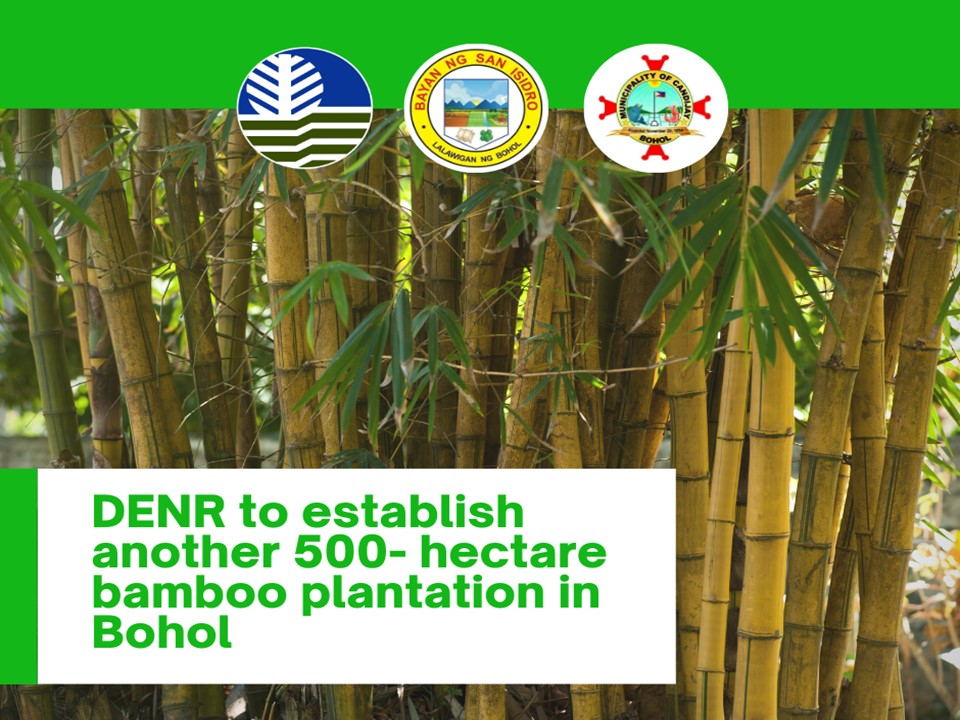 In celebration of the World Bamboo Day on September 18, 2020, the Department of Environment and Natural Resources through the Provincial Environment and Natural Resources Office in Bohol is set to conduct a simultaneous signing of the Letter of Agreement (LOA) with families from the municipalities of San Isidro and Candijay, Bohol for the establishment of a 500-hectare bamboo plantation.

The Letter of Agreement (LOA) will cover both productions of 102,000 planting material this year and the 500-hectare site development for the year 2021.

The dolomite in Cebu is a sedimentary carbonate rock that has a high content of the mineral dolomite, CaMg(CO3)2.
This mineral is generally used as an auxiliary material for iron and steel; sintering agent and flux in metal processing; ingredient in the production of glass, bricks and ceramics; utilized as fertilizer and soil conditioner; and feed additives for livestock, among others. The fine dolomite products can also be used as substitute for white beach sand for its aesthetic value.
The Province of Cebu is blessed as it is among the few provinces in the country where economically mineable deposit of dolomite can be found. Dolomite occurs in several municipalities, but the main deposit is found in Alcoy and Dalaguete areas.
Currently, a mining firm, Dolomite Mining Corporation (DMC), is mining/quarrying the dolomite found in the town of Alcoy, particularly in Barangay Pugalo.
The mining company has a Mineral Production Sharing Agreement (MPSA) with the government to mine for 25 years or until 2030. The raw dolomite quarried by DMC is delivered to its sole buyer, the Philippine Mining Service Corporation (PMSC) for processing to various desired sizes and marketable products.
PMSC-Alcoy Plant has been issued a Mineral Processing Permit (MPP) by the Mines and Geosciences Bureau (MGB) and presently on its second 5-year term which will expire in 2023. The MPP has a maximum term of 25 years.
The sized dolomite products of PMSC-Alcoy Plant are marketed to several local and foreign buyers and end-users of dolomite. Outside the Philippines, it has markets in Taiwan and Japan.
In the Philippines, it is shipped to various buyers/end-users in Misamiz Oriental, Pasig City, Davao City, Manila, as well as in the cities of Mandaue and Lapu-Lapu in the Province of Cebu.
On August 26, 2020, MGB-7 Regional Office issued an Ore Transport Permit (OTP) to PMSC to transport 3,500 WMT of processed dolomite (size -5mm) with cargo destination at Manila Integrated Cargo Terminal, Manila City. This dolomite shipment is the reported ‘white sand’ which had been spread along the shoreline of Manila Bay to enhance the aesthetic beauty of the bayfront.
“The dolomite materials sourced from Cebu have been extracted, produced, and shipped out to various buyers following proper regulatory laws and procedures,” declared MGB 7 Regional Director Loreto B. Alburo.
He assured that MGB 7 will continue to monitor all mining activities in Central Visayas particularly the transport and shipment of minerals/ores outside of the region to ensure strict adherence to existing laws, rules and regulations. /Press Release- MGB7 (photo credits PMSC Alcoy FB page)

DENR Central Visayas urge the public to practice the proper way of disposing used surgical masks and gloves amidst the COVID-19 outbreak.

Regional Executive Director Paquito Melicor, Jr. said, “Special trash cans should be set up in the community or in barangays, as a centralized disposal points for the used masks of residents. If no special garbage bins are available, residents could spray disinfectant on both sides of their masks and fold them up, sealed in a plastic bag before throwing them away.”

The Local Government Units (LGUs) should threat these waste as special waste, specifically household medical wastes. It should be handled carefully to protect the garbage haulers. Barangay officials may use megaphone or other means to inform, educate and communicate with the community to separate the used masks and gloves from the biodegradable and recyclables maintaining a stringent social distancing measure.

As more people now are wearing face masks and using surgical gloves to protect themselves from the novel coronavirus, they shouldn’t be randomly discarded as waste. Since the virus can survive for one or two days in humid conditions, the used masks may become a new source of infection. It may have been contaminated after use, filtering the air or stopping the spread of the virus if you yourself have it, you should ensure that you dispose of it correctly after use for the safety of others.

Also, it is inappropriate to mix contaminated masks with household waste. Given the waste segregation is currently implemented in the locality, mixed waste commonly exists. The mixture of polluted masks and recyclable waste may cause a potential danger to garbage collectors when they put hands in the waste bins to collect recyclable items. What, if someone just throws a used mask on the street, someone might pick it up, or worse try to collect them to recycle it and sell. DENR needs the cooperation of everybody until this pandemic subsides.

“Be safe. Be healthy. Help stop the spread of the virus. Maintain cleanliness at home, your surroundings, to protect our environment''. #TayoAngKalikasan#BeatCOVID19